Maria Sharapova’s run at the Stuttgart Open has ended. 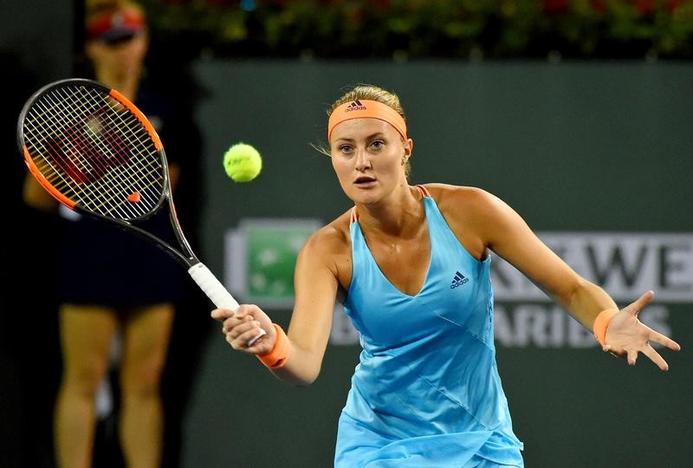 The five-time Grand Slam champion lost to Kristina Mladenovic 3-6, 7-5, 6-4. It is the Russian’s first defeat since her return to pro tennis following her 15-month absence.

The 30-year old star was up a set before her opponent turned the game on its head and sailed to victory. The game was hard fought with Sharapova proving her worth after gaining a wild card entry. She needed to reach the final at the tournament to qualify for the French Open. When the new rankings are released she would be outside the top 200. This means for her to participate in either the qualifying round or the main draw in Paris, she would need a wild card entry.

The French Open is slated for 28 May but many of Sharapova’s opponents have condemned her strolling into tournaments through the wild card option. Twelve days before the French Open, Sharapova would know her fate, but she revealed that she would not mind going through the qualifiers to get a spot at the event finals. She already has wild cards for Madrid and Rome.

Last four finishes in Madrid and Rome would be helpful in Sharapova finding her confidence again and it would help her rankings as she hopes for wild cards to tournaments.